Yolo County utilized 3rd party financing – with $0 invested by their county taxpayers – and a close relationship with a supportive solar company to develop, build, and own their own commercial-scale solar energy projects on vacant County land. By selling their excess power to PG&E utility, and utilizing various state education grants, they eliminated 100% of their county buildings’ $1.4 million annual electric bill, while also putting $900,000 per year into their general fund for 35 years of new positive Green cash flow worth $46 million in net positive Green cash flow to the county over 20 years. 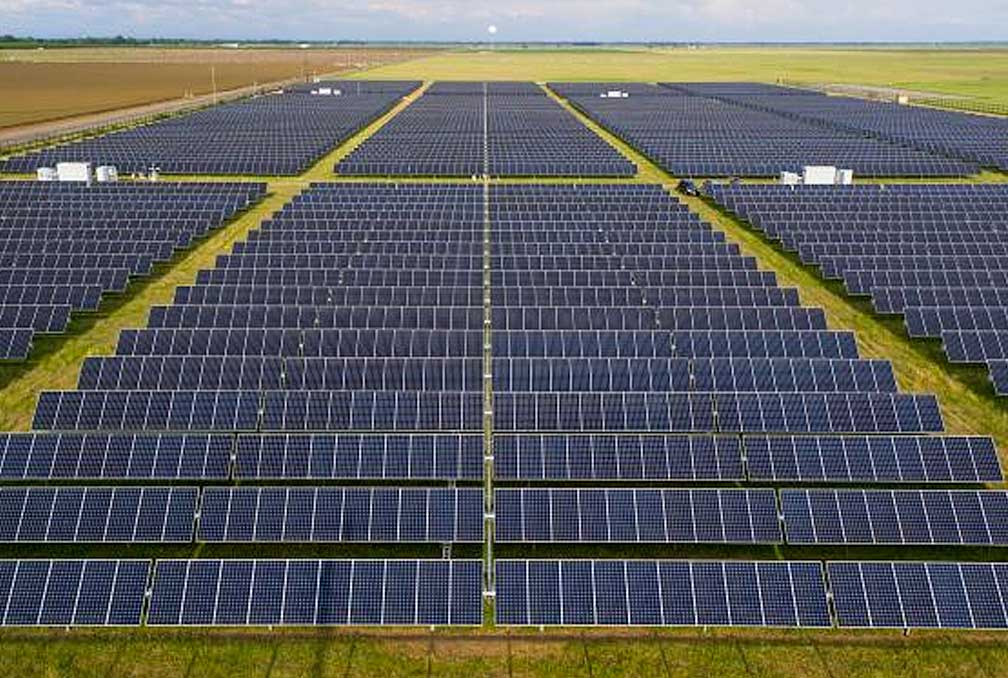 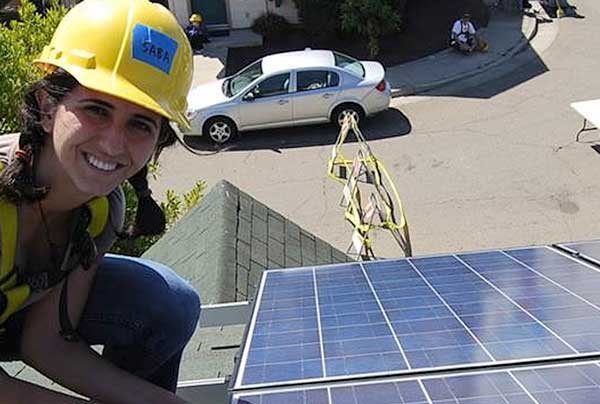 Yolo County has a rich heritage of agriculture, which is now
supported by solar energy

PROJECT OBJECTIVES & GOALS: Reduce or eliminate rural Yolo County government’s electric bills. Make Yolo County the first Grid-Positive county in the USA, generate substantial new county revenues, and build projects with zero out-of-pocket capital investment. The solar system needed to produce revenue over & above the operations costs and debt service for the project from day one. The project was designed, planned, developed, and project managed over a 3-year period by Mr. Terry Vernon, the County Manager of Capital Programs, Sustainability & Energy Division, who had previously organized successful design and build projects at Stanford for 11 new facilities and for 39 Megawatts (MV) of independent power (one of the early semi-autonomous microgrids in the US).

PRE-PROJECT CHALLENGES: In response to the economic recession and pressing County budget reductions, Mr. Vernon undertook the project process, even though there had never been a county in the US that had demonstrated that it could significantly 1) reduce or eliminate electricity costs on all county facilities, and 2) simultaneously create new positive cash flow to the county general fund. No county had ever been able to go “grid positive” in this way while also improving the regional ecosystem, operating more sustainably, reducing the county’s carbon footprint, and generating new positive cash flows for the County from day one.

PRE-PROJECT CONCERNS: The County Board of Supervisors was concerned about long term cost liability on Mr. Vernon’s solar project plans. Most county department heads viewed the project as “it has never been done before, so it can’t be done.” Skeptical government officials and even his fellow county department heads said, “This project is too risky,” and “I don’t believe that this project will pay for itself.”

WHY THE PROJECT PUSHED FORWARD: In spite of intense resistance from certain Yolo County department heads, the County Board of Supervisors approved the 7 MW project and the project has been highly successful for the county financially and ecologically. With Terry’s planning, research, persistence, and his patient responses to the worries of multiple naysayers, the County Board finally approved their solar projects on County park land and later on vacant county lands. Terry developed 5 project parcel plans and 5 financial proformas for his supervisors to select from. The past success of Terry’s projects at Stanford, and the determined support of his boss, Mindi Nunes, were key factors in this big success being implemented. Terry’s proforma showing $60 million in new positive Green cash flows to the county general fund also helped.

PROJECT SUMMARY: By 2013, Yolo County had completely eliminated its $1.4 million annual electric bill by installing 7 MW of solar renewable energy – and is now the first county government in the U.S. to be “grid positive,” meaning it has a $0 electric bill for all its county facilities, along with surplus county cash that shall accrue over a 35 year term. The 7 MW of solar projects produce enough clean energy to meet 152% of the county’s annual electricity needs and generate over $900,000 per year in added funds for the County general fund. The renewable energy was planned in phases to reduce worries from certain “nervous Nellie” county government employees. The first megawatt was installed and turned on in 2010. The remaining 6 MW were turned on in July 2013. The full term financial benefit over the 35 years will be close to $60 million in benefit. If the county Supervisors had listened to some of the naysayer county directors, the county would never have had the chance to lower their carbon footprint, to improve the quality and health of their regional ecosystems, and to realize the $60 million in new Green cash flows.

RETURN ON SUSTAINABILITY INVESTMENT:
$900,000 net per year, with a 1000%+ ROSI. (Since there was $0 down payment investment, the project return is mathematically “infinite”)

ESTIMATED FINANCIAL CALCULATIONS:
The Yolo County solar projects produce about $2.3 million of solar energy each year from energy sales to PG&E, offsetting the previous $1.4 million annual electric energy bill for all the county buildings, yielding around $900,000 in net positive Green cash flow per year back into the county general fund. After the “shared savings” finance period expires, the total annual ROSI increases to that the 35 year return goes from 165% to 172% yielding a total 35 year return of around $60 million to the county.

QUALITY OF LIFE BENEFITS:
The solar project has become a point of pride for county officials and citizens alike. The County has earned several awards for this project including “Project of the Year” for counties throughout California. Citizens appreciate that they are doing more for the long term protection of regional ecology, Yolo students are learning about sustainability in the energy academies, and County officials are encouraging other counties, towns, and cities to do the same.

“This project can serve as an example for any other cities and counties seeking to make county-wide environmental progress while also
generating substantial new positive green cash flows.  Everyone should do this, for economic gain but also for the sustainable future for those coming after us.”

Your county or city can sign up now to schedule your 2-day training program to educate and support your local municipal leaders (City Manager, Economic Development Director, Sustainability Managers, Operations Managers, etc.) so your local government leaders can adapt and customize these proven programs to work for your own local community. Learn how to drive your municipalities sustainability success and earn millions in new Green Cash Flows.

Text for schedule a call…